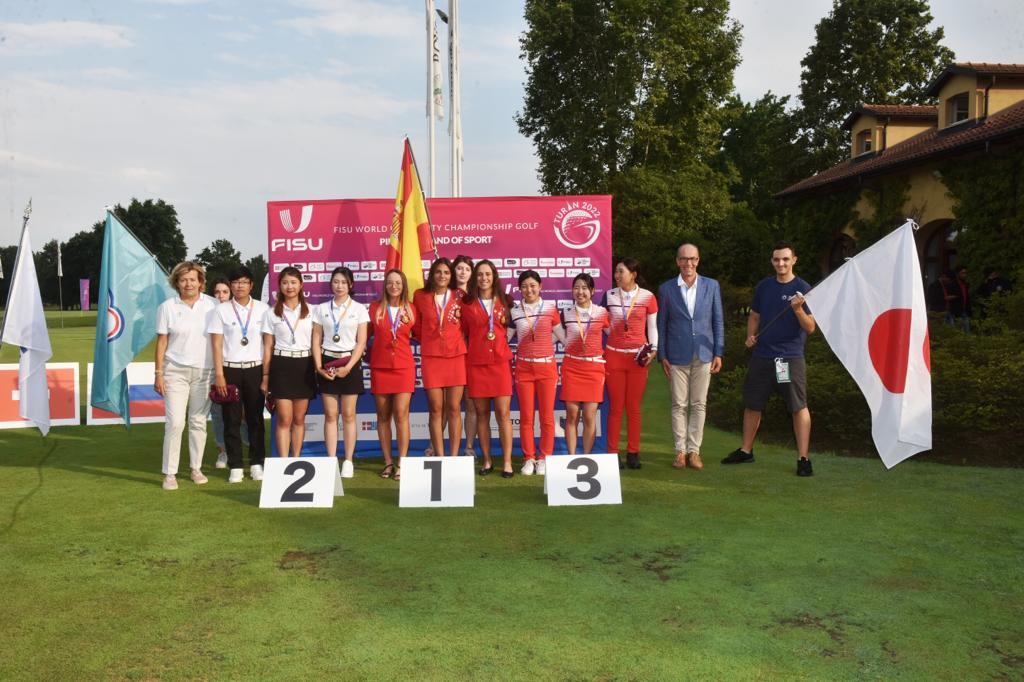 Athletes from Spain win it all and confirm themselves as the undisputed leaders in the Women category of the 18th edition of the 2022 FISU World University Championship Golf in Torino. Carla Tejedo Mulet, Carolina López-Chacarra Coto and Julia Lopez Ramirez set the pace on the green of Royal Park I Roveri at La Mandria distancing the other teams from day one. They took gold medal in the Women’s Team category with a sensational -20. In second place Taipei (China) at +8 and in third place Japan with +11.

In the Individual Spain also dominates the top of the rankings. Carla Tejedo Mulet remains first until the last day of competition closing with a beautiful -10 and the gold medal: “I am happy to have won this world championship both individually and as a team. I couldn’t have wished for a better team and I couldn’t be happier and prouder than this. Long live Spain!”. Silver for teammate Carolina López-Chacarra Coto at -8. Affect spanish dominance was Caterina Don who remained firmly at the top from the start of the race, gaining ground to the bronze medal with a beautiful -3, her best result of all four days of competition.

In the Team category, the leadership of the Japan is confirmed as they take gold in the men’s ranking: Kosuke Suzuki, Ryunosuke Furukawa, and Taiga Semikawa win the University World Championships by finishing at -27. They are followed by Republic of Korea in second place (at -27) and host Italy bronze at -22.

In the Individual the competition ends in a playoff between Yubin Jang (South Korea), who never fell out of position throughout the competition, and Ryunosuke Furukawa (Japan). The korean won the gold medal for birdie on the first playoff hole (hole 9): “I won, but the race was decided only on the last hole. I am very happy individually, of course, but also as a team. Sharing this experience with college athletes from other countries enriched me a lot. It was a wonderful sporting adventure!”

Silver for the japanese Ryunosuke Furukawa finishing at -15. Bronze by Italy’s Giovanni Manzoni, who closed the competition with -13.

Four days of competition for a sporting competition at the highest level that is included for the first time in history in the World Amateur Golf Ranking (elite men’s and women’s world rankings of amateur golfers). World Championship, but also much more: a great university celebration that starts in Torino and unites peoples. Eighteen Federations participated for a total of 133 athletes and officials, some of them came from very far away: Belgium, Canada, Spain, France, Germany, Hong Kong (China), Ireland, Italy, Japan, Republic of Korea, Malaysia, Mongolia, Netherlands, South Africa, San Marino, Switzerland, Slovakia and Taipei (China).

Satisfied Riccardo D’Elicio, President of the Torino University Sports Center organizer of the event: “Once again university sports won! This event is the first step toward Torino 2025, which will once again bring our Region to the center of the university world”.

The 2022 FISU World University Championship Golf in Torino, which originated in 1986 at the behest of Primo Nebiolo, then President of FISU and the University Sports Center of Torino, is part of the international events organized by CUS Torino as part of ROAD TO 2025 up to the FISU Games Torino 2025.

The Championships closed today, Saturday, July 23 with the awards ceremony on the field and the handover of the flag to Finland during the Final Banquet scheduled at the Jhotel. 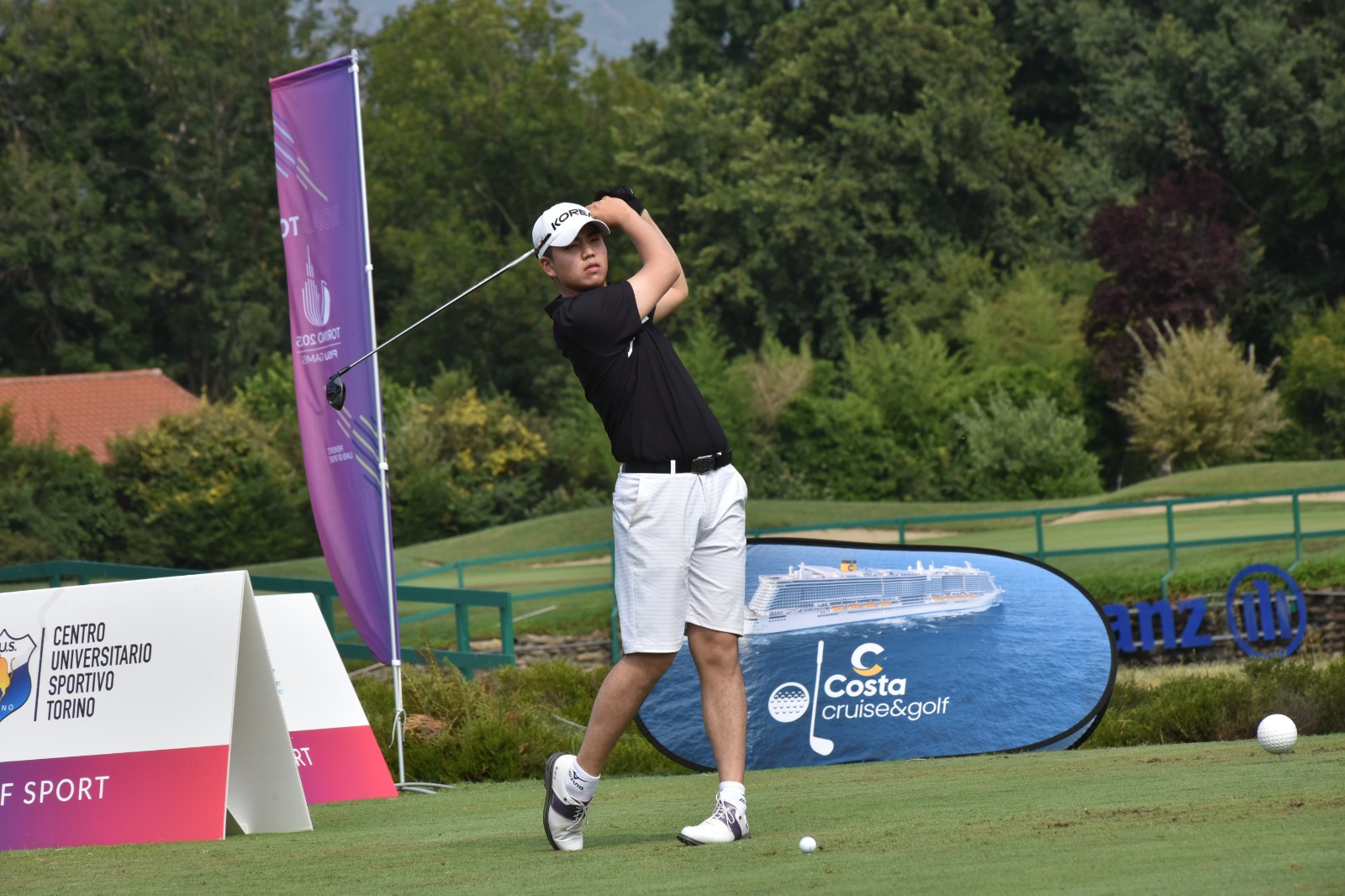