FIRST DAY OF COMPETITION: THE ITALIAN MEN TEAM ON THE TOP OF RANKING 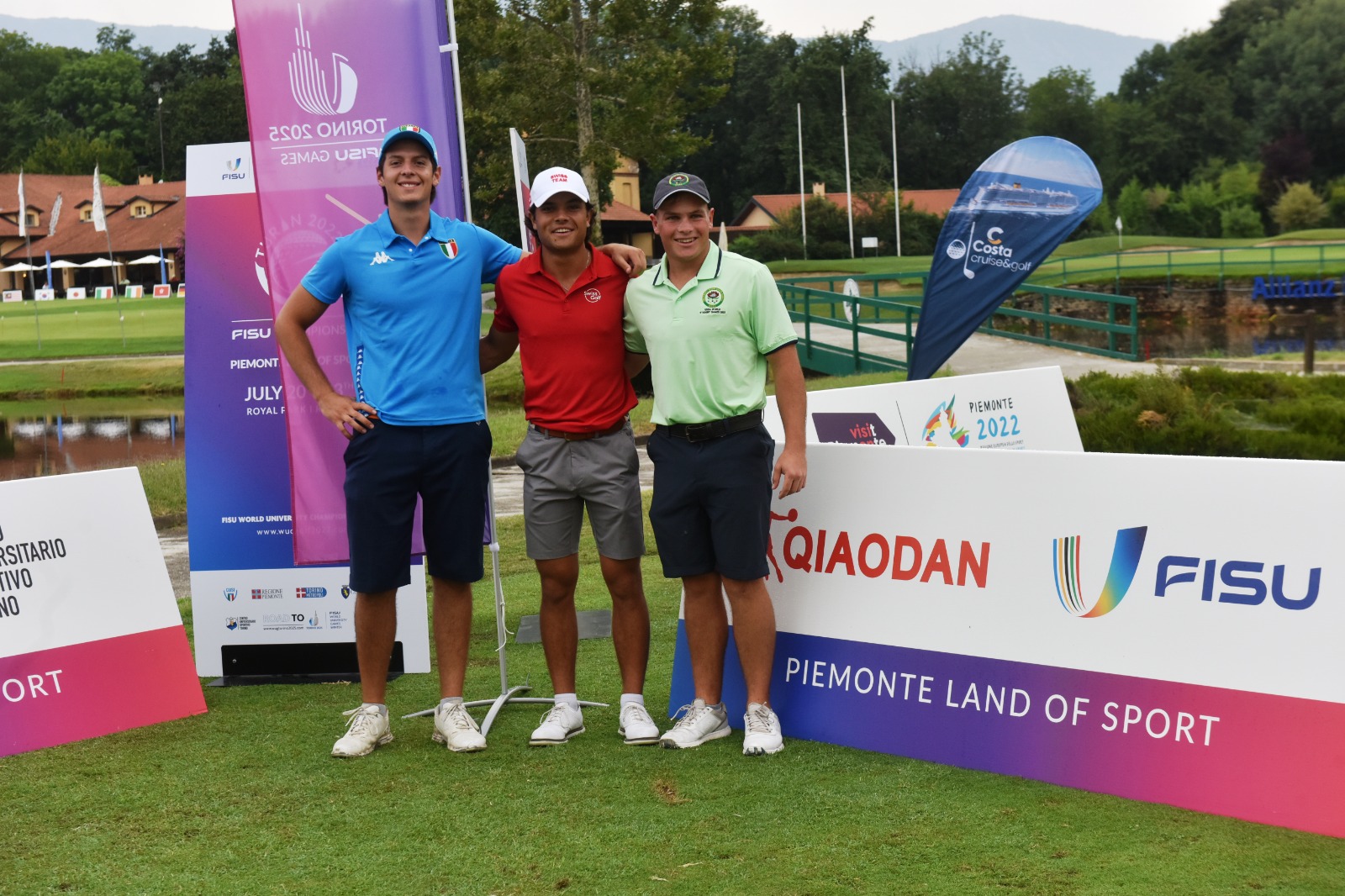 After the first day of competition, the Italian men’s team closes at the top of ranking of the 2022 World University Championship Golf in Torino.

Italy remained at the leaderboard throughout the course finishing with a score of -6 (total 138) tied with Japan and Korea. Fourth place ranking for Spain with -5 (total 139).

Giovanni Manzoni closes at -3 in the Individual tied for fourth with teammate Gianmarco Manfredi, a new entry in the Italy team after the withdrawal of Matteo Cristoni who tested positive in the Covid19 test. Lucas Nicolas Fallotico scores a -1 moving up to ninth position.

The green of the Royal Park I Roveri at La Mandria hosting the event welcomed the ninety golfers from the eighteen participating federations who have been competing since the morning of Wednesday, July 20.

Lots of excitement for an event that represents the top university golf competition, established in 1986 at the behest of Primo Nebiolo, then President of FISU and the University Sports Center of Torino.

At the end of the competition, golfers who distinguished themselves at hole 15 with a “hole-in-one” will have the opportunity to get a magnificent cruise for two people euros offered by Costa Crociere. If no player has sent the ball into the hole in one shot, the cruise will be awarded by drawing during the closing ceremony of the event.

The Championship will close on Saturday, July 23 with the awards ceremony on the course and the handover of the flag to Finland during the Final Banquet scheduled at the Jhotel.

On Thursday, July 21, Caterina Don will open the competition followed by the athletes of the other team.