READY TO GO: THE OPENING CEREMONY OF THE 2022 WORLD UNIVERSITY CHAMPIONSHIP GOLF OF TORINO! 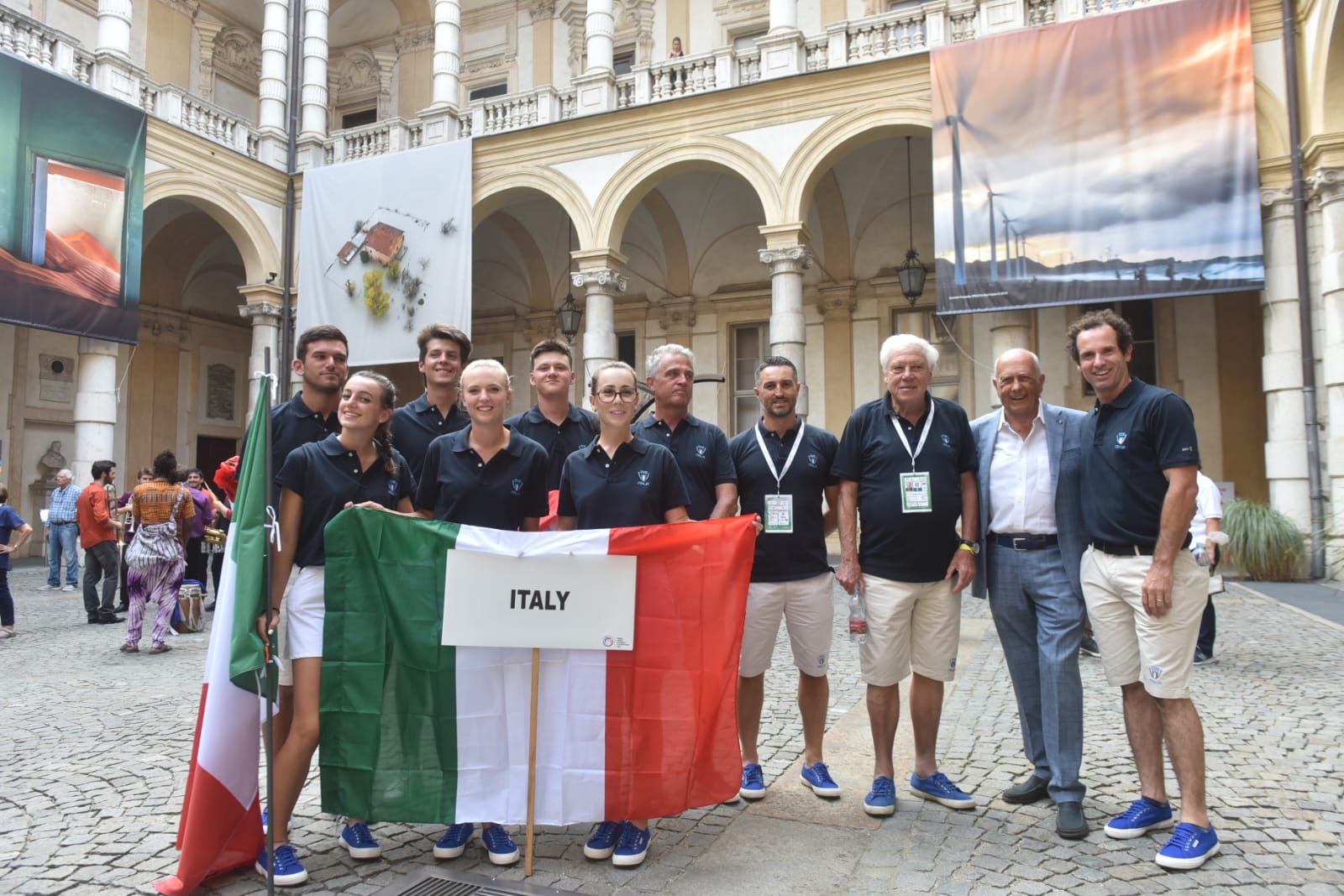 The countdown is over: with the opening ceremony this evening in the beautiful setting of Piazza Castello, the 18th edition of the 2022 World University Championship Golf in Turin officially started.

The parade of the 18 international Federations started from the Rectorate of the University of Turin in Via Verdi and reached around 7 p.m. the central Piazza Castello where it was welcomed by institutions and the public.

After the athlete’s oath of Caterina Don (Italian Team) and the official’s oath of Marcello Franchi, a beautiful surprise captured the attention of the public: five parachutists will reach Piazza Castello carrying the Italian, FISU and CUSI flags.

Starting tomorrow, Wednesday, July 20, the competitions kick off with the athletes at the starting hole of the Royal Park I Roveri at La Mandria, spearhead of the Italian clubs and already the stage of four Italian Open and this year of the Italian Open Disabled-Sanofi Genzyme. The renowned golf club will host the Championship, divided into individual and team men’s and women’s categories, which will close on Saturday, July 23, with the awards ceremony on the course and the handover of the flag to Finland during the Final Banquet scheduled at the Jhotel on Saturday, July 23.

Created in 1986 at the behest of Primo Nebiolo, then President of FISU and the University Sports Center of Turin, the top world university golf competition returns to Italy for the fourth time and to Turin for the second, after the 2006 edition, proving that Piedmont is the “land of excellent golfers” and a top golf tourism destination.

For sports information and ranking of the day: https://wucgolf2022.com/

(photo: the Italian Team and officials)